By Administrator on November 24, 2015 in From the Black Vault 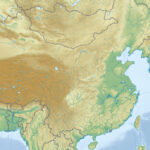 According to a declassified document obtained under the Freedom of Information Act (FOIA):

Special project 908 is a major national project to collect and disseminate data about China’s littoral region in order to improve China’s ocean management capabilities. It is also known as The Comprehensive Survey and Evaluation of China’s Coastal Waters Project. Special Project 908 was approved by the State Council in 2003.

According to Xinhua, Special Project 908 has resulted in the collection of highly precise data on China’s coastline, renewable energy sources, and maritime disaster risks, as well as in the creation of new topographic maps of China’s Coastline.

In 2013, ChinaDaily Europe published the following about Special Project 908:

According to Special Project 908, an investigation into aquatic resources by the State Oceanic Administration that concluded in October, fishing resources along the coastal waters of the Chinese mainland are in decline.

The investigation found that the winter waters of fish with commercial value are moving closer to the coast and feeding sources for juvenile fish have decreased.

A study by Tianjin Bohai Sea Marine Products Institute in July 2011 also showed that the types of marine products with commercial value decreased from 70 to 10 in recent years.

Working for a private fishery company in Qingdao, Hou said he has spent more time on his boat in recent years because of difficulties in catching fish.

“In the past, we would return to the harbor after fishing in the sea for two weeks. But now, every fishing trip will last at least a month, and sometimes more than two months,” he said.

Pollution and land reclamation are the major causes of the depleted fish stocks as they both destroyed the spawning sites of fish stocks, which are generally located in shallow waters, according to Song Weiyan, an aquaculture researcher at Rizhao Polytechnic.

“Other countries, such as South Korea and Japan, generally have strict limits on the size of fishing net holes used by fishing boats. However, the regulation is generally lax in Chinese waters,” he said.

Almost every fishing boat is now equipped with fish-detecting devices, which also contributes to rampant overfishing.

“About 10 years ago when you put a bucket into the sea, you could probably catch three fish. Five years ago, you could catch maybe one or two. Now you barely stand a chance of catching any,” said Gao Yuefei, owner of a fishing boat in Rizhao. (Source)