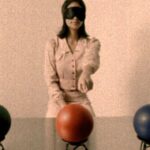 This section holds many documents relating to many different aspect of Parapsychology.

The Mind/Mind Problem (17 Pages) – This document is a draft of Chapter 20 from “The Evolution of ROBART,” written by H. R. Everett of the Space and Naval Warfare Systems Command in San Diego, California. In this chapter, the author ponders why a human being’s “conscious mind” does not openly communicate with its “subconscious mind.” In taking a closer look at the interaction between the “conscious” and the “subconscious,” Everett discusses hypnosis, including getting hypnotized, prior-life memories, trance, and human suggestibility; the ideomotor effect; synchronicity; Psi phenomena, including the “telepathic” German horse named “Clever Hans,” psychics and mentalists, and remote viewing; and mirror neurons.

On the Edge of the Fantastic (11 Pages)

The One Human Problem, Its Solution, and Its Relation to UFO Phenomena (25 Pages) – The author divides development of life in a biosphere into seven stages: (1) development of planet, primordial atmosphere and ocean; (2) appearance of amino acids; (3) appearance of self-replicating supermolecules; (4) formation of one-celled organisms; (5) formation of multicellular organisms; (6) brain linkage of an intelligent technological species; (7) the omega or allness stage. The sixth stage consists of linkage of all individual brains in the species into one single superbrain.

Testing for Extrasensory Perception with a Machine [38 Pages, 2.2mb] – Parapsychology, of which extrasensory perception (ESP) is a branch, is not transitory. Since reports of apparently significant ESP performances are increasing in number, it becomes more important to use the most rigorous of experimental techniques in testing the ESP hypothesis. A design of a scientifically rigorous experiment in ESP is presented as an acceptable model for work in this field. This report covers the design of an objective test of three modes of ESP, pretest considerations and planning, final testing, and results obtained using the specially designed testing and recording machine, the VERITAC. Finally, a statistical analysis of the results and a discussion of statistical considerations are presented.

The post Parapsychology Documents appeared first on The Black Vault.

Joe Biden Vows ‘End to the Era of Shareholder Capitalism’

Supreme Court: President Trump not above the law

Are restaurants really safe amid coronavirus?

‘It’s not too late’ with Ginger Zee: Search for solutions to stop plastic pollution

Joe Biden Vows ‘End to the Era of Shareholder Capitalism’

Supreme Court: President Trump not above the law